Most active dogs love their walks, so going exploring or playing fetch in the woods seems like a great way for your dog to get some exercise. As a dog owner it is important to keep an eye on your pet and be aware that there are environmental dangers out there. Seasonal Canine Illness (SCI) is one of the lesser known hazards and has been a major concern for dog owners since its initial outbreak in the autumn of 2010. 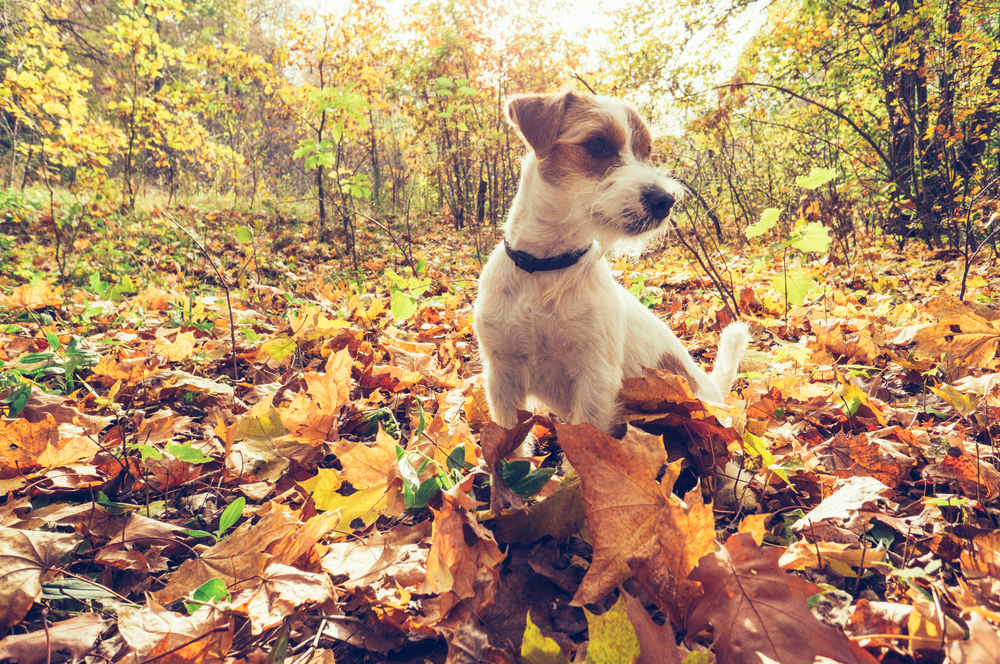 Seasonal Canine Illness is a bit of a mystery. Sadly, if it is gone unnoticed and untreated it can be fatal. SCI is most prevalent from August to November and the damp, leafy floor of the autumn forest is an ideal breeding ground for this mystery contagion. There are many theories about what causes SCI, but unfortunately there are no solid facts. Research is ongoing into the condition, but man-made poisons, contaminated water and fungi have been ruled out as a cause.

Research has shown that there are some common themes in reported cases, harvest mites being amongst the most common denominators, and as a result of this trend the Animal Health Trust (AHT) recommends that all dog owners ensure their dogs are up to date on their parasite prevention treatments by the end of July. AHT’s research has also uncovered that dogs living closer to known sites of infection can build a resistance to SCI. They also feel that the lack of any new species of plant or fungi being discovered at the sites of contamination, suggest that it is unlikely SCI is caused by a naturally occurring toxin.

Evidence also suggests that it cannot be transmitted from one dog to another, but the AHT is still conducting research into the causes of SCI and urges dog owners to remain aware of the danger that the illness poses to their pets.

What are the symptoms of Seasonal Canine Illness?

Symptoms usually present themselves between 1 - 3 days after an autumn walk in the woods. You should look out for the following and take your dog to a vet immediately if one or more occurs. It could end up being a general bought of illness, but it is always worth checking out, just in case.

How is Seasonal Canine Illness treated?

Seasonal Canine Illness can be hard to diagnose, as the symptoms are similar to many other dog illnesses. There is no specific test for the illness, so treatment will most likely be aimed towards each symptom, for instance intravenous fluid therapy for dehydration and anti-sickness drugs for vomiting.

If caught early SCI can be cured with a course of antibiotics, but if it's left untreated SCI can cause a dog’s health to quickly deteriorate and can potentially result in death. If under a vets care as soon as symptoms present themselves, a dog could recover within 10 days of intensive treatment.

How can we reduce the risk of Seasonal Canine Illness?

The Animal Health Trust has spent the last three years researching the illness and their work educating dog owners has already resulted in a 90% drop in deaths caused by the infection between 2010 and 2012. Despite this, however, there is still no clear or definitive cause for SCI.

As the cause is unknown, it is hard for vets to give specific advice on how to avoid the illness. Remaining vigilant for the first sign of symptoms and keeping your dog on a lead during woodland walks, as well as checking your dog for mites is a good place to start. A preventative mite spray may also help.

Keep your dog well hydrated and perhaps avoid woodland walks during the autumn months. The majority of dogs will walk in the woods without contracting the illness, but you should decide for yourself whether it is worth the risk.

The AHT has learned what it has about SCI with the help of dog owners, and continues to collect detailed information that will lead to a deeper understanding of the causes behind the illness. If you find yourself walking with your dog through wooded areas, whether it becomes ill or not, please find and fill out the SCI questionnaire found at http://www.aht.org.uk/. 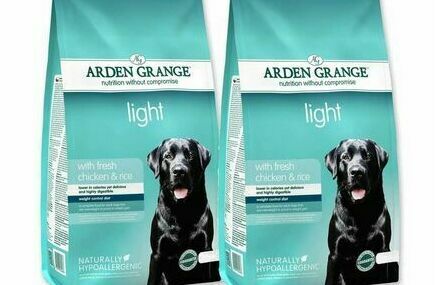 How To Tell If Your Dog Is At A Healthy Weight

For dogs to lead an active, healthy life it is important for them to maintain a healthy body weight, and as a dog owner it is your responsibility to ensure that they do so. The most important factors to consider when it comes to your pet's weight are the intensity 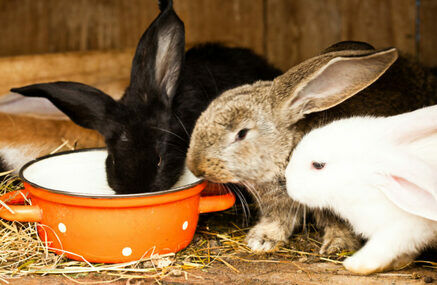 How to Keep your Rabbits Cool in Summer

The summer has arrived and while many of us are enjoying the wonderful hot weather of the season, our pets may not be enjoying it quite so much.